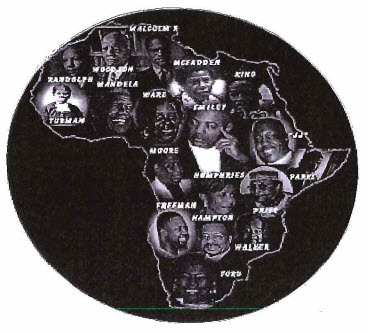 The creation of the African American Caucus within SEIU evolved over several decades via several internal structures, all having root in concerns about full participation in all levels of SEIU’s structure and resource allocations.

In the early 1990’s, The Western Region Civil & Human Rights Committee, under the leadership of Patricia A. Ford, with support and assistance by numerous others, crafted a resolution creating Caucuses within SEIU. This resolution was adopted by the full Western Regional Conference and referred to the 1992 SEIU International Convention. Speaking on behalf of the resolution were Patricia A. Ford, Marchel Smiley, and Marshall Walker, III. After debate and amendment, the resolution authorizing regional caucuses within SEIU was adopted by convention delegates.

Between 1992-96, The Western Conference African American Caucus (WCAAC), was the only caucus created in SEIU. The WCAAC adopted a constitution, elected officers, established a dues structure, and begin functioning as a coordinated body. African American Leaders in the East and Central Regions encountered opposition and indifference to forming caucuses in those regions.

This uneven regional development and lack of enforcement of the 1992 Convention resolution, sparked the effort to create a National African American Caucus. In addition, the departure of John J. Sweeney, created a competitive political environment, as Richard Cordtz and Andrew Stern campaigned for International President. Several African American Leaders, meeting in Denver, Colo., agreed to convene a national meeting of African American leaders and activists, to develop a national agenda.

The African American agenda was presented to both Andrew Stern and Richard Cordtz, for comment and response. Based on their response and plans for SEIU, the African American Steering Committee voted on March 9, 1996, to endorse the New Voices Slate headed by Andy Stern. A list of recommendations for EVP, International Vice President, International Executive Board, and other leadership positions were submitted to Andy Stern. The African American Steering Committee unanimously elected Marchel Smiley, as Interim Chairperson. He was charged with producing the National AFRAM Constitution, arranging the first AFRAM Constitutional Convention, coordinating AFRAM’s fundraising for the New Voices Slate, and to be intermediary between the Steering Committee and the New Voices Slate.

A follow up resolution was submitted at the 1996 International Convention, which was identical to the resolution adopted in Atlanta, Ga. It called for the authority to create National Caucuses in SEIU. To demonstrate support for this resolution and the names previously submitted for SEIU leadership positions, the African American Steering Committee called an AFRAM Caucus meeting during the 1996 International Convention. The meeting was held away from the Convention Hotel, at the South Shore Culture Center, on April 21st. Eighty percent (80%) of African American convention delegates boarded buses to attend the AFRAM meeting. The logistics of this historic meeting was coordinated by Jarvis Williams, Pia Davis and John Johnson.

A record number of African Americans were elected or appointed to leadership positions at the 1996 Convention. Chief among them was the election of Patricia Ann Ford as Executive Vice President. In addition, a resolution was adopted authorizing National Caucuses.

The National SEIU African American Caucus Founding Convention and Election of Officers was held March 14-16, 1997, at the Fairmont Hotel, in New Orleans, LA. Three Hundred and Forty-five (345) SEIU members representing Twenty-nine (29) Local unions were in attendance. The Draft Constitution presented by the Constitution Draft Committee was reviewed, debated, amended, and adopted. A major change was to name the organization, The International Caucus for People of African Descent (AFRAM) SEIU.

STRUCTURE
AFRAM is in essence a federation of Regional Caucuses. There are twenty-two (22) National officers. Five (5) officers (President, Treasurer, Secretary, Retiree Board Member and Women’s Committee Board member) are elected every four (4) years at the national conference. Each Chairperson of the four (4) regions are automatic AFRAM Vice Presidents. In addition, each region elects three (3) members to serve as National AFRAM Executive Board members.
Each Region has elected officers who are elected every two (2) years at the Regional Civil & Human Rights/SEJ Conference. The structure of regional caucuses are determined by each region.